Let me invite you to a motionless journey to New York. One of these journeys in which a number of novelists, directors and composers invite us. No need for passport, the only necessary visa will be the one of your imagination!
As for a real journey, guides with their plans and their descriptions of the tourist routes are essential to get an idea of the place – I’ve never been. I was lent two guides in French which, fortunate coincidence, complement each other very well: the one in the collection Encyclopedie du Voyage at Gallimard proposes very beautiful and relevant illustrations - I’m not aware of an English equivalent-, the other one in that of “le Petit Fûté”, with texts stuffed with literary and artistic references - normally, I am wary of this collection, but there it looks like they copied Lonely Planet, one need say no more!
To complete these rather factual contributions, I chose two novels and a movie:
"Manhattan Transfer" of John Dos Passos and "Tea Age of Innocence" of Edith Wharton were both published in the 20s. It is a pivotal period in the United States: the immigrants tie up still land in great numbers through the port of New York front door of the country where everything is possible, fleeing the hurdy-gurdy Europe destroyed by war and restricted in its social and economic problems, before the 1929 black Thursday trauma put a brutal end to the American dream. If Dos Passos describes the life of his contemporaries, Edith Wharton goes back in time by evoking the good company of the 1870s when America becomes an economic major power which will soon exercise a de facto political hegemony on the world.

"Manhattan Transfer" describes characters of various conditions, from the ultra-rich to the dropouts of the society: recent immigrants, soldiers returning from World War I for which nobody waits and of whom we are wary as potential authors of disorders. Dos Passos’ writing style is very original: he drafts a big fresco with numerous characters which disappear suddenly or reappear in completely different situations (Congo Jake from the slums to the posh 5th Avenue district when he became a famous bootlegger). The author shifts without transition from gore realism to the world of dream and poetry and from one character to another as in a movie and the reader only realizes it sometimes after several lines. The book begins in 1900 and ends during the 20s with the prohibition and its consequences on the society: the underworld’s hegemony and the corruption of the police. Dos Passos gives precise landmarks so that we can follow him step by step in the streets of New York of today using the guide. As in a Cubist collage, he inserts in its text newspaper titles, which enable the reader to date the action and very well turned poems; he restores phonetically in his dialogues the accents of his characters (Yiddish, Italian, French, Middle West - Gawd for God for example). This bias makes for the novel’s "melting pot" atmosphere which gives "to see" and "hear" the characters.
Edith Wharton had been living since a decade in Paris after her divorce when she wrote this book. It is situated in the " WASP " ( white Protestant Anglo-Saxon) society of the 1870s New York that she knew very well as a child (she was born there in 1862). It is a society extremely sure of itself where the observation of the codes and the defense of the group dominate on individual freedom, marked by Puritanism demanding honesty in business relationships but only not be caught in extra conjugal ones. She also uses her decorator's talent – her major hobby - to describe the fashions, the menus, the decoration of the mansions frequented by the good New York company, insists on the fashionable references of the Second French Empire (the Tuileries) and its academic artists (Bouguereau, Cabanel) actually very much in favour in the United States at that time and puts in perspective these artistic links by showing their artificial side. She uses a far-fetched vocabulary and style with sentences which giving sometimes the impression to be inspired by the complexity of the phrases of Proust. I read these two books in English, but I have to admit that to make the most of it, I got great help from the summaries, lists of characters and analyses readily available on the Net for these classics of American literature.

The movie about New York which in my opinion is imperative, is Woody Allen’s "Manhattan", although as for novels I could have quoted many others. In this black and white film he does the exact opposite of most of the other New York movies emphasizing skyscrapers’ vertical architecture: he presents on the contrary a very human image of the city by focusing on the ground level of the "brownstones" - red sandstone facaded houses of a few floors- with the inhabitants of the diverse districts engaged in their daily activities instead of focusing on Wall Street district and its skyscraper lined “canyon” streets where the sun penetrates with difficulty. He returns very well New York’s cosmopolitan atmosphere and plunges us from the beginning of the movie into a dreamlike and very personal mood. D Chartier in her article " Manhattan: Two representations of the city: verticality / horizontality? " thus describes the beginning of the movie: " On seven occasions, he will rewrite the first sentence of this first chapter of a book / scenario, delivering aloud the ambivalence of his relation to an alternately violent, muddled, peaceful, aggressive, romantic, narcissistic, city; a city to which the narrator identifies himself, since, like him, it tries to solve its difficulty to exist by a permanent autocreation and self-destruction. The sequence escapes the Cartesian logic and develops as a daydreaming wandering through places of the “Allenian” fantasy world, given rhythm by the breath of the city and by the ascending curve of Gershwin’s rhapsody, punctuated by the monologue in the shape of a literary pastiche, a more or less ironic counterpoint of the images ". While he gives no geographical landmark, Woody Allen excels in putting us in the mood of New York by musical references (he is a big jazz fan) or pictorial (revisiting in numerous occasions motives from Edward Hopper's paintings) expressing an eclectic and very personal point of view on the city. As a supplement to both previous novels, thus I recommend you to revisit this movie which moves closer us a little more to the reality of New York of today. I also recommend you to surf on the Net since contrary to Paris, a museum city," big Apple" is transforming continuously. Remarkable enough is the National Geographic site transporting you very effectively in tomorrow’s "Manhattan skyline".

I hope that you enjoyed this motionless journey; after New York, I shall soon invite you to follow me with William Boyd in the London of today, not so far from Dickens’ however !! 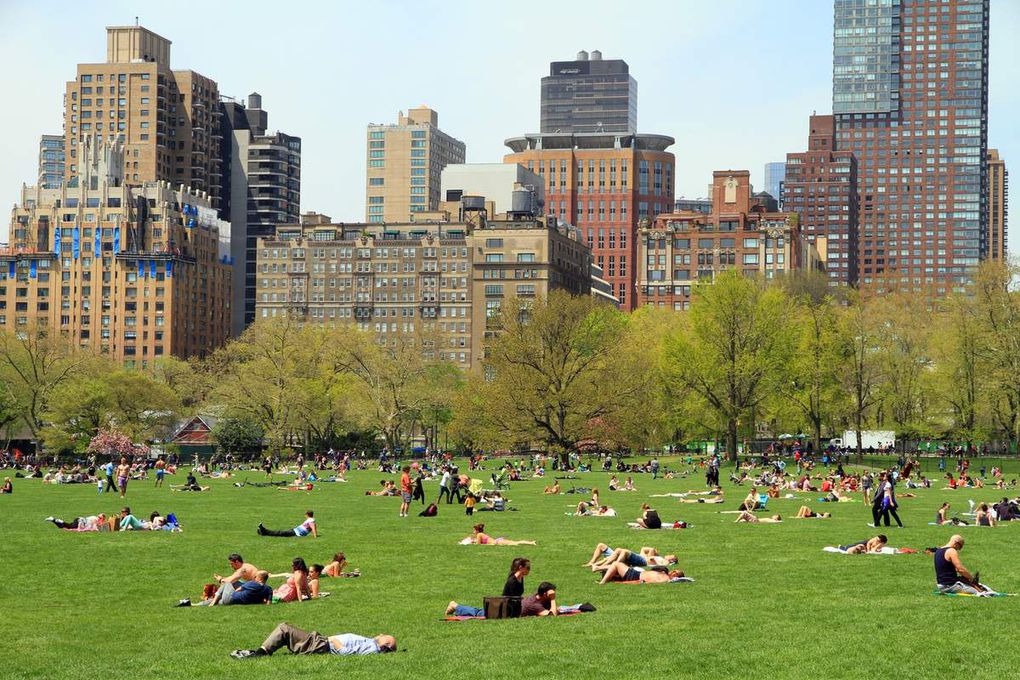 The Age of Innocence

Site with analysis of American novels Architect Daniel Libeskind won a 2003 competition to develop a master plan for the 16-acre site, which he envisioned as a spiral of four skyscrapers around a memorial to those who perished in the ...