The area is urbanized in the late nineteenth century on land previously cultivated as vineyard after the construction of the Thiers enclosure. Also the plots keep until today, a deep and narrow shape transversely to the slope characteristic of vineyards. The Belleville barrier once a separation between the bottom and top of Belleville, located until 1860 outside Paris and instead of a very famous grouping taverns. Belleville is also a very industrious district with countless small industrial and handicraft workshops: headgear, shoes, clothing, leather goods, machine tools ... This feature makes it of Belleville the first workers' district in Paris where unions were born maintaining an anarcho-libertarian tradition that continues until today.

The original habitat of the suburb is often characterized by its general poor quality due to construction from inexpensive materials. Thereafter, the low maintenance provided by the owners, who did not have sufficient resources in an area with a traditionally disadvantaged social fabric did little to warrant good conservation.

Densification of the area being at its maximum, construction becomes very low or absent during the first half of the twentieth century in Belleville. This also explains the bad conditions of conservation of the area and the urban renewal operations that followed in the early 1960s characterized by bars and towers of 10-15 floors particularly in the east of the place des Fêtes. One only needs to compare the current aspect of the district to the images of the "Ballon Rouge" movie shot by Pascal Lamorisse in 1956. This policy ended in the 90s with renovation rather than reconstruction operations keeping to the historical land grid.

The area of the Mouzaia

Mouzaïa street takes its name from a battle during the conquest of Algeria in 1839. The municipality could not authorize to build houses of more than one storey because of the fragility of the rock undermined by gypsum quarries. In 1901, a developer opens small sloping passages between existing streets to build homes. These passages are lined with narrow villas preceded by gardens overflowing with greenery.

Since ancient times, the Parisian basement was exploited for its gypsum quarries. The Romans had discovered he turned into plaster once heated to 120 ° C. The digging of quarries on the Butte Chaumont began after the Revolution, which dramatically changed his appearance. In the 19th century, the precious material was sent to the United States, which would have earned the area the name "Ameriques” district. With the Second Empire, quarries were closed and Napoleon III decided to transform the hill into a sumptuous garden. The state acquired the land in 1863 and works begun in 1864. In three years, Jean-Charles Alphand transformed the old quarries thru gigantic earthworks, digging a lake in the middle of which massive cliffs crowned by a small temple soars to a height of 30 meters. One of the two artificial streams leading to the lake form a cascade of 30 meters high and falls into a cave in the vault decorated with artificial stalactites. The park was inaugurated on 1 April 1867 along with the Universal Exposition of Mars.

Not far away, the hillock Bergeyre district displays small houses built on old quarries accessible by vertiginous stairs that reward us with a slope covered with gardens and vineyards and beautiful views of Montmartre.

Long, the area is welcoming to foreign communities. By the end of the 1914-1918 war, arrived Poles, Armenians and Jews in Central Europe. Complete streets were almost emptied of their inhabitants during major raids of the summer 1942 ... In 1950, the Tunisian Jewish community settled there and in fact the first Jewish quarter of Paris. Today there is a large Jewish community of Eastern strain. In the 1960s, it is the Maghreb communities, followed in the 1980s, a large Asian community, there are many restaurants, shops and associations. The last few decades, communities in the Caribbean and China have settled particularly in Bas Belleville. For more than 30 years of artistic life is very active, the street Denoyez particular groups several associations of artists and graffiti have taken a blind wall to exercise their talent.

Claude Moine / Eddy Mitchell, born near the Place des Fêtes evokes in "Nashville or Belleville” his childhood and teenage in the district. The memory of other celebrities haunts the neighborhood: Edith Piaf, born rue de Belleville, Maurice Chevalier who made here his debut, novelist Daniel Pennac, actor Guy Marchand ... Besides the "Ballon Rouge" many French films were shot in Belleville: “Casque d’or” by Jean Becker with Reggiani and Signoret (1952), “La Balance” (1983) with Nathalie Baye, Philippe Leotard, Richard Berry, "On connait la chanson-Same Old song” (1997) with Agnès Jaoui guiding visitors in the Buttes Chaumont. 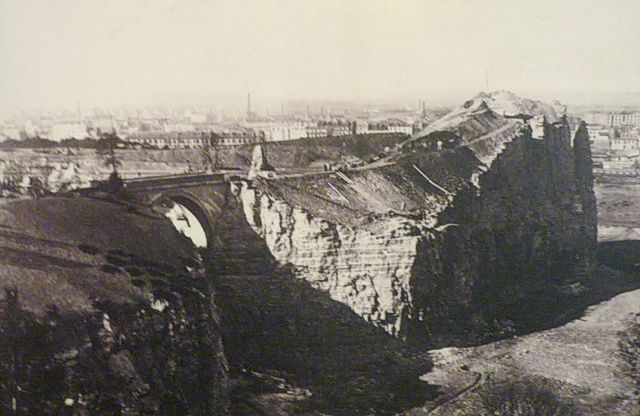 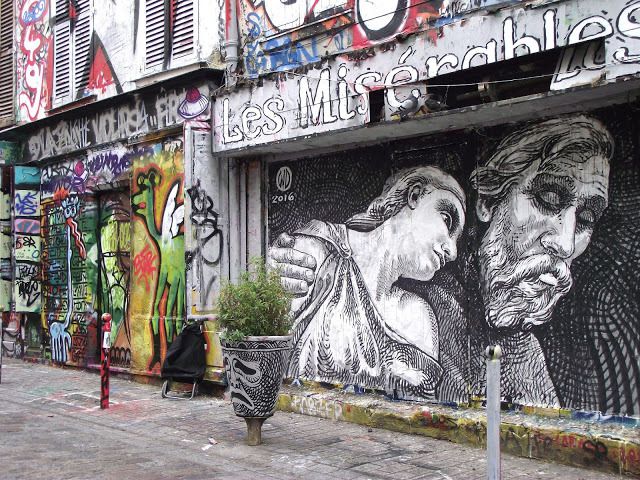