Despite the “not too sexy” concept, the Archives Nationales, hosted in one of the most beautiful princely palaces in Paris from the XIVth century to the Revolution, are a place of great architectural and historical interest since they preserve, order and present all official documents created or received by the various political, judicial, religious, administrative, etc. instances in the kingdom of France prior to 1790. The gardens also form a unique set of greenery and calm in le Marais, the very heart of Paris.

Olivier de Clisson, successor to the Constable of France Bertrand du Guesclin, built in 1371 a mansion in the heart of the Marais outside the walls of Philip Augustus. Only the front door and two pointed roofed towers on the rue des Archives remain, the unique vestige of fourteenth century private architecture in Paris.

In 1553, Francois de Lorraine, Duke of Guise bought the hotel. During the sixteenth century, the powerful Guise family had it enlarged and requested Primatice - who decorated the gallery of Fontainebleau for Francis 1er—to decorate the chapel with frescoes; sadly only the preparatory drawings kept at le Louvre remain. Under the influence of the Duke of Guise, the hotel became the headquarters of the Catholic League during the religious wars: the massacre of Protestants known as the St. Barthélémy was probably decided there in 1572. By deciding Henri IV the construction of the Place des Vosges effectively launches the fashionable district of le Marais and Hotels numerous are built nearby: d’Albret, d’Angouleme and Carnavalet.

In the second half of the seventeenth century, Mary of Guise embellishes the hotel and its gardens, home to a brilliant courtyard where playwrights Corneille and Tristan L'Hermite or the music composer Marc-Antoine Charpentier are regular guests.

Transfer to the Rohan Soubise

In 1700, François de Rohan-Soubise and his wife, Anne de Rohan-Chabot, buy the hotel and request Pierre-Alexis Delamair to modernise it. The young architect gives it its current appearance by opening the main facade preceded by a courtyard decorated with a colonnade on the rue des Francs-Bourgeois. At the same time, their son, the future Cardinal de Rohan asks Delamair to build for him the hotel de Rohan-Strasbourg, the monumental façade of which stands on the gardens common to the two hotels.

The marriage in 1732 of his grandson, Hercules Mériadec de Soubise (63), with young Princess Marie Sophie de Courcillon (19) is an opportunity to appoint a new architect, Germain Boffrand. From 1736 Boffrand redecorates the interiors that are among the masterpieces of rococo art, where the rich ornamentation of the curved lines inspired by nature combines with the harmony of gold and colors and builds a new oval pavilion serving the apartments of the prince and his wife.

During the Revolution, the hotel becomes state property, assigned to the Archives of the Empire by Napoleon I imperial decree of March 6, 1808 collecting records held so far in several Parisian deposits. However, these spaces, temporary and ill suited, become overcrowded and the administration decides the construction of buildings specially designed for conservation. Between 1848 and 1880 the Grands Dépots wings are built where the Armoire de Fer finds its place, an iron chest containing the most important documents previously deposited in the Tuileries.

The archive museum opened in 1867 and housed in the Hotel de Soubise, displays (now in fac simile) over 1,800 original documents. These are great documents in the history of France, such as Charlemagne’s decree, the foundation of the Sainte-Chapelle, the last letter of Marie Antoinette or the constitution of the Fifth Republic.

During the twentieth century four hotels on Rue des Francs Bourgeois are annexed and their gardens united with those of Soubise and Rohan hotels. The law of 7 Messidor An II provides that Archives are open to all citizens for consultation which the new reading rooms built in 1987 facilitates. Only documents prior to 1790 are kept in Paris, more recent documents are kept in the Saint Denis and Fontainebleau sites.

The Hotel de Rohan currently closed, will soon reopen with a whole set of woodwork and decorum formerly in the hotel de Chalon, near the Palais Royal Palace demolished in 1922 by the Banque de France to enlarge their offices with a commitment to store them for future reassembly in a suitable place which took almost a century to decide upon, in 2015 ultimately. After the ongoing work, accessible surfaces will double forming a unique set of scenery, architecture and gardens of the eighteenth in downtown Paris; only the repositories will remain inaccessible to the public for obvious conservation reasons. 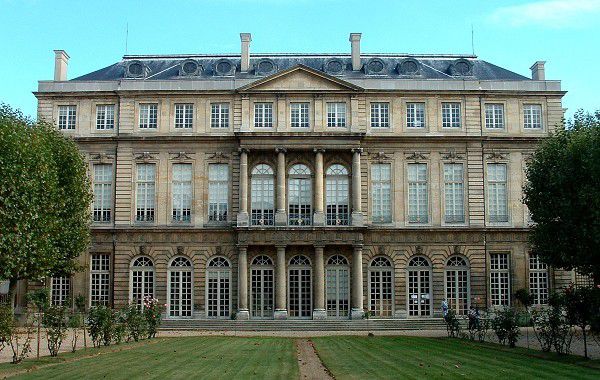 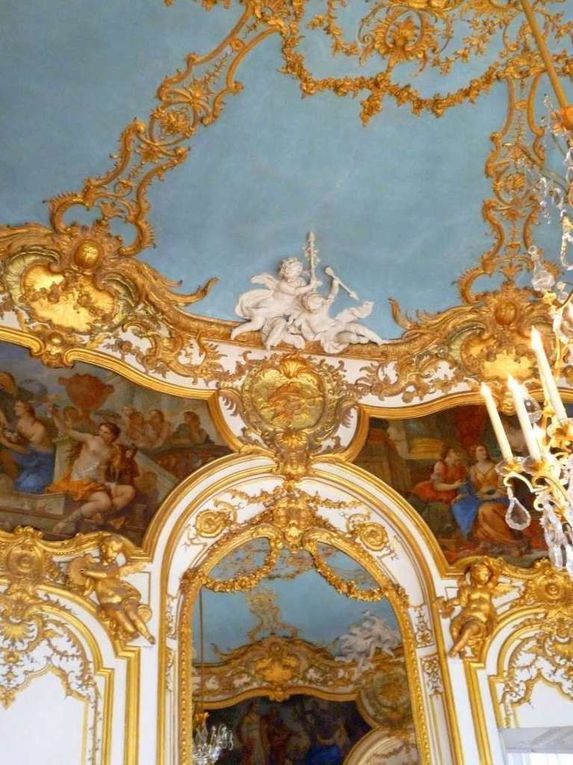