Louis XIV decided to build on the outskirts of Paris a monumental set to host its soldiers infirm or too old even as he invents a magnificent setting to stage his court to Versailles and power ,. Built in the early part of his reign, in 1670-1676, the Invalides hospice includes dining halls, bedrooms, workshops, a hospital and two churches, the Dome for the king, the other for his soldiers, that will be completed in 1706 by Jules Hardouin-Mansard also active in Versailles. Charity toward his soldiers, this grand architecture is also an affirmation of the greatness of his reign- the steeple of the Dome church remain the highest point of Paris until the construction of the Eiffel Tower.

For Napoleon, Louis XIV would have been "the only king of France who deserves the title of king." The "truly Christian king" and "eldest son of the Church” is in any case clever to" give meaning "to his reign and all the iconography of the Dome church illustrates this proximity between the power of God and the King.

The building and the institution are unaffected by the Revolution: the Constituent renamed "National Hotel des Invalides for the Military" while maintaining the institution. Napoleon, anxious to legitimate his power and win the heart of the soldiers, also maintains a close relationship with the Invalides : he commemorates there as First Consul the anniversary of the founding of the Republic September 23, 1800 and when the old revolutionaries are concerned with the proclamation of the Empire on May 18, 1804, he postpones the Bastille day anniversary to the following day a Sunday and simultaneously prepares a new ceremony. And on July 15, 1804 in the Chapel of Les Invalides, Napoleon himself distributes the Legion of Honour for the first time to his deserving officers as well as civil and religious leaders of the new regime.

Once the Empire defeated and the Emperor exiled, the monarchy wins in Paris with Louis XVIII who keeps the institution renamed "Hotel Royal des Invalides". Napoleon remains the hero of the military and the Invalides an emblematic place for Bonapartists. Under Louis Philippe, supported by Victor Hugo and Alexandre Dumas, they agitate the question of the return of his remains buried at St. Helena. Adolphe Thiers takes the decision of the "return of the ashes", hoping to legitimize the July Monarchy and seal the end of the dispute with England. Finally the ceremony on December 15, 1840 is a political failure because the government, striving to avoid gatherings as much as possible, shocks the public opinion deprived of Remembrance and the event reveals a real break between the monarchy and the people.

Placed on hold in the St. Jerome Chapel, it was only under Napoleon III 2 April 1861 that the remains found their final position in a monumental red marble sarcophagus in the Roman way in a circular crypt excavated in the center of the Dome church that becomes the privileged place for the "Pantheonsation" of France military glories: Turenne, Vauban, Foch, Lyautey. One hundred years to the day after the first return of the ashes, Adolf Hitler, himself a great admirer of Napoleon, decides the repatriation of those of his only son "L'Aiglon" from Vienna. But like the previous one, the ceremony misses its effect, since the operation intended to attract Petain to Paris to set up a collaborationist government fails. Finally the Franco-German ceremony is held in secret in an icy atmosphere in every sense. Mocking, Parisians whisper: "They take our coal and send us back the ashes! "

Les Invalides also retain the memory of the French army: the Plans-reliefs, models of forts designed to simulate sieges and define improvements to the defenses, are hosted there from 1777, joined in 1872 by the Museum of Artillery; with presentations of the 1889 World Exposition these collections form the Army Museum; in 2008 the Charles de Gaulle historial complete the device are retracing the life and work of the great man in the image and sound.

In accordance with their original vocation, the Invalides are also home to hospital and up to date rehabilitation facilities for French and foreign military personnel wounded during combat. Also housed there are the offices of the Military Governor of Paris and two inter-ministerial departments in charge of defense and security issues.

Finally the Invalides, while little known to Parisians, are a remarkable site both for its majestic architecture and symbols it carries as through the wealth of its collections that refer us to "the most glorious pages of our history" which in these days cannot do harm! ... Certainly a family visit to recommend ! 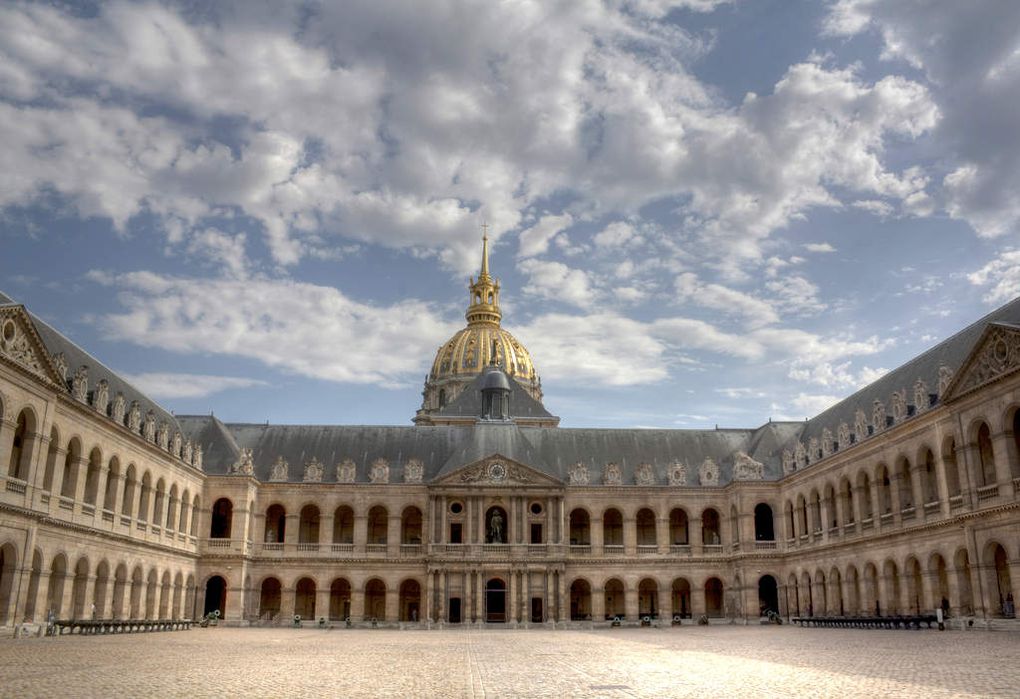 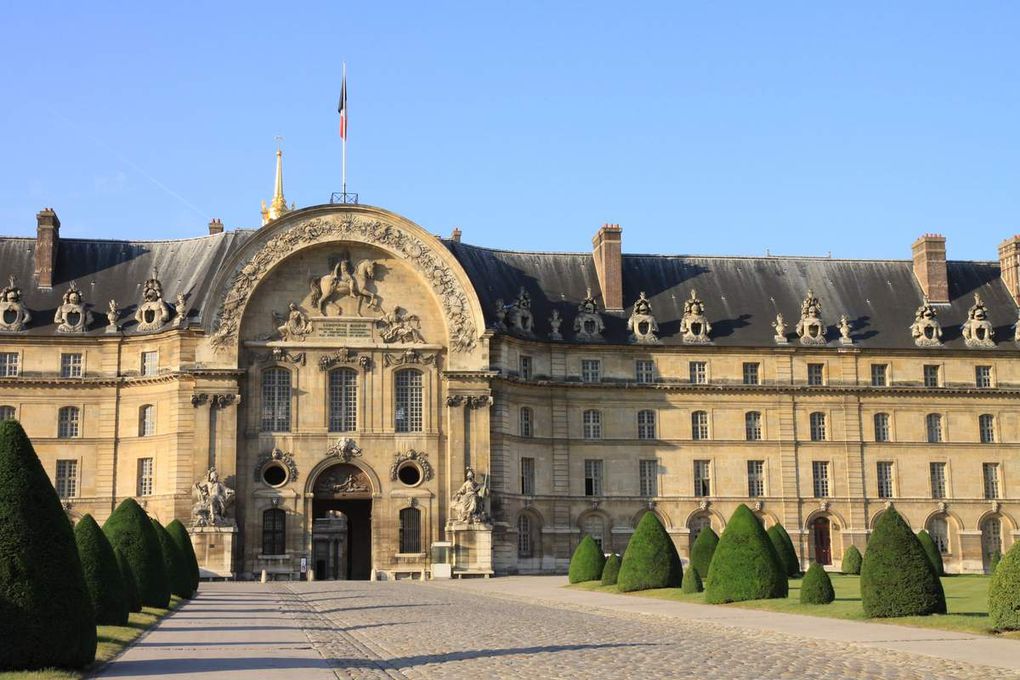